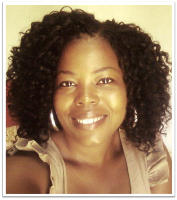 When Prudence started at the Gateway School of Fashion, she lived with her mother – a single parent who works as a domestic worker, and 4 other children. Prudence was the oldest surviving child.  All 5 family members stay in a one roomed “low cost” housing development house in an extremely crowded environment.

Prudence was part of the pilot year of the Fashion School. She was selected to be one of the first students due to her creative ability, potential and talent. At the end of 2008, Prudence was selected by Karen Millen and Sheelagh Wright (U.C.A) as the top student. She won a scholarship to the Design School of Southern Africa, based in Pretoria, and studied for a B.A. in Fashion Design. 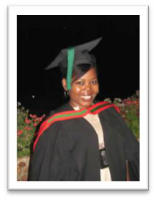 Prudence stayed in digs in Pretoria and obtained a bursary to cover travel and living expenses. At the end of 2011, following three years of hard work in an unfamiliar setting, Prudence graduated from the Design School of Southern Africa with her BA in Fashion Design. She was one of the top 5 students in her class and because of this, was selected for an internship in Johannesburg with some of South Africa's top designers.

Prudence's dream is to travel to England and study for a post -graduate degree in Fashion, having her creations modelled in the London Fashion Show. She also wants to have her own design label and to have her own business empowering the poor and providing jobs.

Below, you can see some of Prudence's designs. These are from the range she designed in her final year at DSSA. 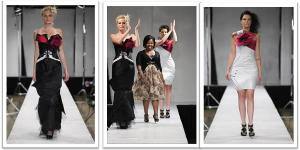 What an amazing rags to potential riches story of a girl from a one room home in a township in South Africa. Well done Prudence!