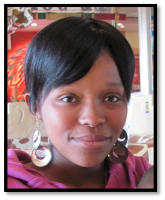 This is Nonku's story, as told by herself...

I grew up in a township called Imbali and was raised by my grandfather because my parents had passed away at the time the ANC [African National Congress] and IFP [Inkatha Freedom Party] were fighting against each other. People from Imbali Stage 1 were not allowed at Stage 2 and the other way around so they were big enemies. My father used to work in a firm named South African Brewery that was situated at Stage 2.  One morning on his way to work a bunch of men approached him and asked what he was doing at Stage 2 because he was from Stage 1. After that they stabbed him to death. If you lived at Imbali 1 or 2 you would be scared for your life and your family’s lives and sometimes we never used to sleep at our homes but used to sleep in the bushes.

A few months later my mother was killed.  At that time I was 11 months old.  A group of men came and took four of us to the bushes where they killed the others.  I was the only one who survived; later on that day a woman who was passing through the bushes saw me drinking milk on my mother’s breasts covered with blood.  She took me with her to her home.

After the incident my grandfather started to search everywhere for me and luckily he found me at the woman’s home.  He took me back home with him and he raised me up until I was about five years old. He got to a stage where he couldn’t keep up with raising me - not that he didn’t love me, but because he was a man raising a girl child on his own.  He decided that I should meet with my extended family from my father’s side.  My cousin Mbali decided to take me to live with her at Kwa-Pata, another township in Pietermaritzburg . I went to school and when I was in Grade 10 at Kwa-Pata High School my life started to change.

When I was in Grade 11 I became pregnant. At that time, everything was not going well for me. I was living at my grandfather’s house in Imbali after I ran away from my relatives. In March 2005, my son Minenhle was born.  Minenhle’s father tried to be supportive, but when Minenhle was three years old, his father passed away.

I decided I wanted to go back to school, so I went back to live with my cousin.  At this time I got involved with Project Gateway and the ‘GOLD’ Programme.  I used to live with my sister, but she wasn’t happy having me around, so I spoke to Pastor Jabu at Project Gateway and he said I could move into the accommodation block at Project Gateway.  I wanted to join the course at the Gateway School of Fashion, but there were no places left so I became a volunteer in the Donor Marketing and Public Relations department (DMPR). I worked there for about a year.

One day Sally, one of Gateway’s volunteer team, introduced me to a lady who ran the catering department at UKZN (University of KwaZulu Natal, Pietermaritzburg).  She was looking for someone to replace a member of her staff that had left.  I went to help out on a couple of Fridays on a trial basis. After that, I was offered a job for three months, starting in January 2010.  I became a permanent member of staff and worked at the Staff Club at UKZN until it closed a couple of years ago.  I now work in a clothing store and I have another son, Ayanda. 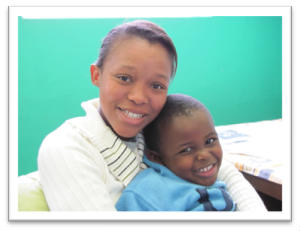 I believe that everything happens for a reason. If it wasn’t for me going back to school and if it wasn’t for Project Gateway helping me, I wouldn’t be where I am in life – it is not only about the money I am now earning to help me and my sons; it is about where God led me. I now have two beautiful sons, a roof over my head and a good job.